In today’s NY Post, I urge state leaders to declare victory over our past and to apply for relief from Justice Department pre-clearance oversight of its redistricting plans and election changes (required by Section 5 of the Voting Rights Act).
Those advocating the creation of an independent redistricting commission fail to mention such a change would require DOJ pre-clearance review. As I’ve written before, at this late stage it could not happen this year w/o adding to the chaos threatened by a Cuomo veto, an advanced primary date, etc.
My op-ed follows.
“It’s time to end Justice Department review of New York’s redistricting. There were solid grounds for the requirement back in 1971, but no more. Now it’s more of a barrier than a service to civil rights.
Consider: The legislature’s bipartisan task force is set to unveil its new map of congressional districts. Should the plan be passed by both houses and endorsed by Gov. Cuomo, the Justice Department will have 60 days to review (“pre-clear) the plan for Voting Rights Act compliance.
That’s a two-month delay before would-be candidates can safely start the petitioning process to get on the ballot for this year’s primaries – making it that much harder to challenge incumbents and/or those favored by the political machines.

Read also, “Redistricting offers Asian-Americans fairer representation.”
See also, “New lawsuit adds to redistricting woes.”
New York should use the Voting Rights Act’s “bail-out” provision, and seek a declarative judgment freeing us from the pre-clearance requirement. The state simply has to certify that during the past 10 years it has not engaged in any practice constituting voter discrimination, has complied with the pre-clearance rules and face no pending lawsuits.
Back in 1971 – when Manhattan, Brooklyn and The Bronx first became subject to oversight under the VRA – racial and language minorities were not meaningfully participating in the electoral process. The City Board of Election required a literacy test that kept many non-English-speaking citizens from voting – and election and ballot materials were available in English only. More than half the voting-age population either wasn’t registered to vote or failed to vote in the 1968 presidential election.
Today, racial or language minorities in these counties freely and openly participate in elections, and have elected candidates of their choice. And (at enormous expense) the city Boards of Election print election and ballot materials in English, Spanish and three other languages.
New York City has elected a black mayor, narrowly missed electing another one in 2009but elected an Asian American as controller. The covered counties have elected minorities to the borough presidencies, City Council, state Assembly and Senate and to Congress.
Voters in the covered jurisdictions overwhelmingly supported the election of President Obama. And, given the city’s growing “majority-minority” status and the increasing presence of minority state legislators (the number of non-whites elected to the Legislature and Congress has doubled since 1972), it is highly unlikely that New York will backslide.
We must now work to break the silos that institutionalize political, economic and racial marginalization. Thus far, the late former Councilman Philip Reed is the only African-American ever elected to office representing a majority nonblack district. Progress now requires lifting the pre-clearance burden and, instead, pursuing race-neutral districts where possible while advancing “communities of interest” where necessary.
-30-
Posted from WordPress for Android
Posted from WordPress for Android
Posted from WordPress for Android
Posted from WordPress for Android 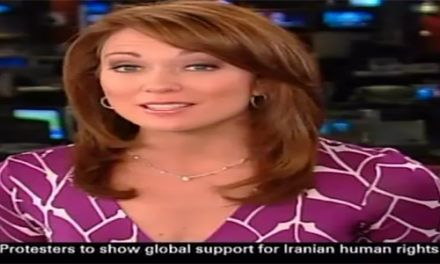