When Brooklyn Rep. Ed Towns decided against seeking a 16th term in Congress,he set up a clash of contrasting political styles between Assemblyman Hakeem Jeffries and City Councilman Charles Barron.The contest might be a glimpse of the future of black politics in New York.
It’s a bitter fight. In their debate on NY1 this week,Jeffries said Barron’s record was nothing but insignificant rhetoric and accused him of calling President Obama an “Uncle Tom.” Barron,in return, called Jeffries “immature.”
Who will succeed black-establishmentarian Towns?
“Black power” veteran Barron represents the community activists who’ve long stayed on the outside, railing at black and white politicians they viewed as slow to respond to the needs of black people and the poor.
Technocratic professional Jeffries represents all the well-educated and worldly prodigal sons returned home. Only this time,no one has prepared a feast. The children of the “struggle” have been met with suspicion,some resistance and grudging acceptance.
The contest could determine the soul and direction of black politics in New York. Although both men are driven by a shared Afrocentric political philosophy and sense of social justice,their approach to the political establishment and those in power sets them at odds.
Jeffries is representative of the new face of black politics in a more racially and ethnically diverse city. He has compiled a record of significant legislative achievements reforming drug policy,police conduct,criminal justice and corrections and school funding.
Barron views Jeffries as an accomodationist to those in power and criticizes his working relationships with Gov. Cuomo, Mayor Bloomberg and Brooklyn party leader Assemblyman Vito Lopez.
Jeffries is adept at a kind of pragmatic politics that Barron shuns. He works with Cuomo, Bloomberg and Lopez on issues he believes in and opposes them on issues where they disagree. He opposes the NYPD’s stop-and-frisk program,yet has won the endorsement of the Patrolmen’s Benevolent Association.
He has pushed for decriminalizing small amounts of marijuana as a means of reducing stop-and-frisk arrests and exposing minority youth to life-altering criminal records. Gov. Cuomo this week came out in support of legislation similar to Jeffries’ plan.
Although he,like Barron,opposes the co-location of charter schools in public-school buildings,Jeffries supports public charter schools as alternatives to low-performing public schools —while Barron does not.
No doubt Barron,his supporters in DC 37 and others will make hay over reports that StudentsFirstNY, a pro-charter school PAC tied to Mayor Bloomberg,had planned to make a six-figure independent expenditure in support of Jeffries.
Yet Barron,despite his bombast and caustic rhetoric,has his own powerful backers —including endorsements from DC 37,the potent union of city workers,and Rep. Towns.
Why does Towns back Barron?
Well,Jeffries’ challenge triggered Towns’ decision to retire. Plus, Jeffries ally Vito Lopez backed the candidate who defeated Towns’ daughter in the special election to replace his son,Darryl Towns. The Towns- Lopez feud goes back years.
Of course,Towns cites principle. In his endorsement,he hailed Barron as unselfish and having the interests of constituents in his heart —while claiming that Jeffries would be “beholden to a large number of special interests.”
So the departing insider endorsed the outsider over a rival insider. Politics makes strange bedfellows.
###
The fight for the soul and future of black politics is taking place on center stage in Brooklyn. A victory by Assemblyman Jeffries will establish the paradigm for the next generation of black political leadership.
Have your say. What do you think is the future of black politics in an ever more racially and ethnically diverse New York City?

Django Unchained but Not Black Audiences

BP Diaz will support Rangel over Espaillat – The Riverdale Press 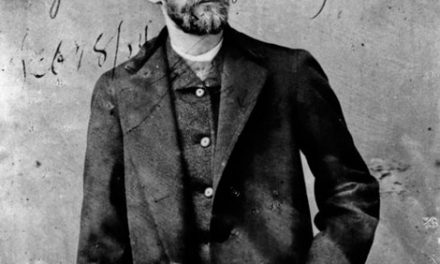 The Week That Was/TW2 Minority Review